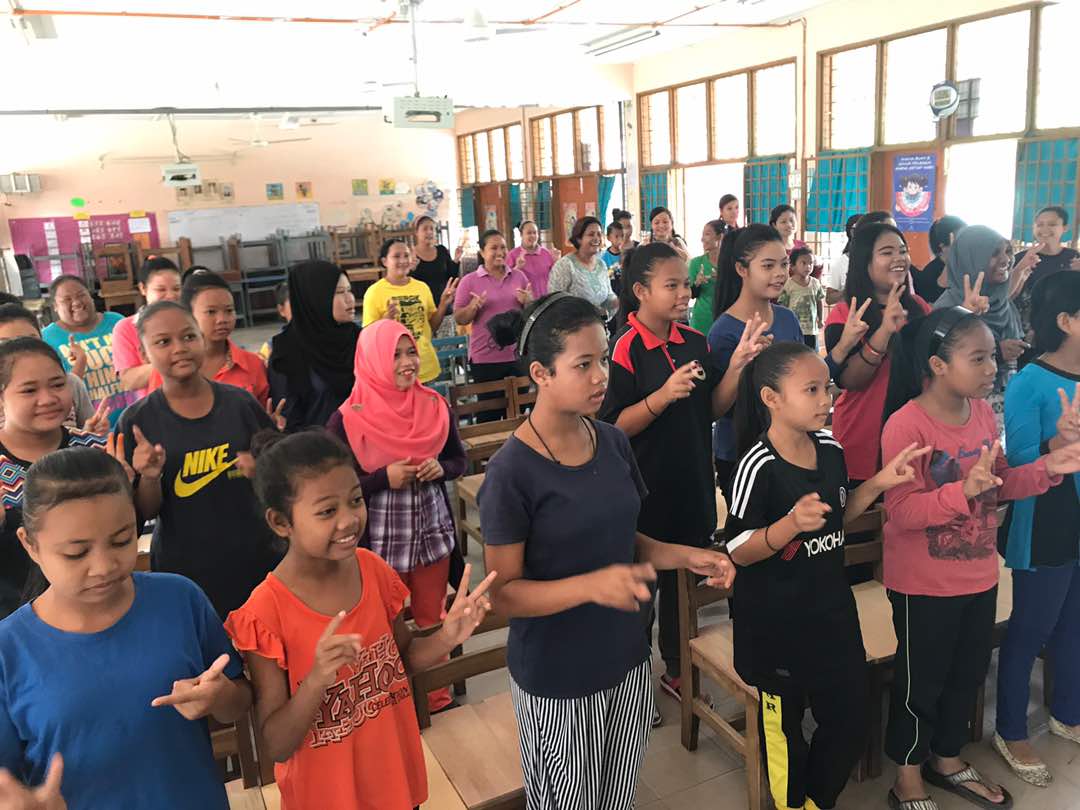 “The fastest way to change society is to mobilize the women of the world.” — Charles Malikleo.

There are 774 million illiterate people in the world and two-thirds are female. A statistics like these are unfathomable, and quite simply unacceptable.

More attention needs to be given to what happens before and after primary school. For girls and young women to acquire the skills they need, five steps – suggested by the World Bank’s STEP framework – are needed.  The good news is that at each step, we have a good idea of which interventions can help girls fulfill their potential.

A new study suggests that in Jamaica, 20 years after an ECD intervention was conducted, the average earnings of beneficiaries – boys and girls - were 42% higher than those of the control group. While such large gains might not be obtained if all children were benefiting from such interventions, which is the ultimate aim, it is nevertheless clear that early psychosocial stimulation can substantially improve future earnings.

The second step focuses on basic education. Gaps remain, to be sure: Data from a forthcoming paper suggest that in 24 low-income countries, only 34% of girls in the poorest 20% of households complete primary school, compared with 72% of girls in the richest 20% of households. These income-related gaps can be reduced through interventions to reduce the opportunity cost of schooling for girls, such as conditional cash transfers.

In Yemen, one such new program targeting girls in grades 4-9 in disadvantaged communities is reaching close to 40,000 girls. In addition to increasing enrollment and attendance, we also need to ensure that all girls who go to school can learn—by building stronger schooling systems with clear learning standards, good teachers, adequate resources, and a proper regulatory environment that emphasizes accountability.

But learning for what? Education for its own sake certainly has an intrinsic value, but education and training that proves useful in the workplace is also essential.

The third step in helping girls grow is to provide them with job-relevant skills that employers actually demand, or that they can use in launching their own business.

Many countries have achieved (or are making rapid progress toward) gender parity in basic education.  By contrast, labor force participation in most developing countries remains substantially lower for young women than men.  In India, Nigeria and South Africa, more than three-quarters of all girls aged 15-24 are not engaged in paid work and are not looking for work. And according to the International Income Distribution Database, nearly 40% of young women globally are either unemployed or ‘idle’ (not in education, nor work). In addition are the millions of young women who are engaged in unpaid or unproductive work.

Clearly, this represents a significant loss to their families as well as to economic growth. How can we get young women into productive work? According to new research conducted as part of the World Bank’s Adolescent Girls’ Initiative, a program in Liberia that provided girls age 16-27 with life skills, training, and job placement assistance increased employment by nearly 50%, and nearly doubled incomes. The program also had positive impacts on self-confidence, satisfaction with job outcomes, and household food security.

Step four relates to the creation of an environment that encourages investments in knowledge and creativity.  This requires innovation-specific skills and investments to help connect people with ideas, as well as risk management tools that facilitate innovation.  Again, girls are at a disadvantage when compared with boys, with fewer opportunities and, therefore, lower rates of entrepreneurship in many countries.

A new program in Uganda run by the nongovernmental organization BRAC provides girls age 14-20 with a safe space, life skills training, and livelihoods training for self-employment based on local market conditions. This program generated significant income gains from self-employment with no adverse effects on schooling outcomes. In addition, childbearing among beneficiaries declined, the proportion of girls using condoms increased, and the incidence of forced sex decreased.

Finally, and this is the fifth and last step, it is important that societies promote flexible, efficient, and secure labor markets. Apart from avoiding rigid job protection regulations while strengthening income protection systems, providing intermediation services for workers and firms is important to transform skills into actual employment and productivity.

This matters even more for girls than for boys, as girls are often more constrained and have limited access to opportunities, which in turn can lead to diminished expectations.  But this can be overcome, at least in part, by providing information on how markets really work.  For example, research suggests that women who were shown videos of other women working in traditionally male occupations, such as auto repair, and who were told that wages were higher in such fields, were more likely to choose and enroll in training in those traditionally male-dominated fields.

When thinking about girls’ education, there’s nothing wrong with picturing primary schools.  But to help girls succeed in life, this is not enough: We need to pay equal attention to what happens before and after primary school. Girls and young women entering the 21st century job market will need skills and knowledge that can be developed only throughout their lifetime. They need our support at every step along the way.