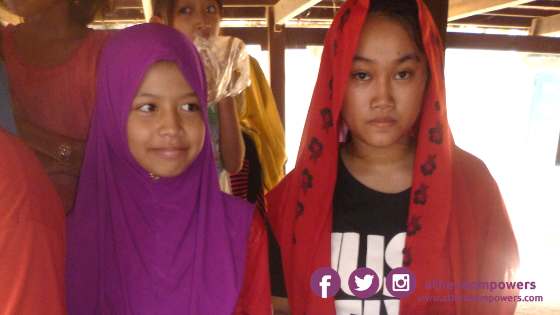 Investing in menstrual hygiene management (MHM) can help get girls back in school.

Around the world, girls are less likely to graduate from secondary school than boys. In fact, according to UNESCO worldwide, 131 million girls are out of school — and 100 million of those are girls of high school age. And while there are many reasons for this, periods play a major role.

In some cases, girls simply don’t have access to sanitary products; in others, they face discrimination and stigma during their periods; in others still, they don’t have educational resources to inform them about safe, sanitary hygiene practices.

Why So Many Girls Are Missing School

Without access to proper education, resources, girls are often forced to stay home from school during their periods, which leads them to miss anywhere from 10-20% of school days. Sometimes, they drop out of school completely.

UNICEF has estimated that roughly 1 in 10 girls in Africa miss school because of their periods each year.

Often, the cost of sanitary products for girls is simply too high, forcing them to skip school to tend to their bleeding. In some countries, like Malawi, sanitary pads can cost the equivalent of an entire day’s salary. In Kenya, two-thirds of women and girls can’t afford sanitary pads, The Guardian has reported.

Apart from the cost of menstrual pads, stigma plays a major role in preventing girls from continuing their education past puberty.

In India, it has been estimated that as many as 1 in 5 girls drop out of school after they get their periods — and in some regions, like Maharashtra, that number is nearer to 4 in 5.

“Boys used to laugh at me and I eventually simply stayed home whenever my periods started,” one girl told India news site The Citizen.

Period stigma often comes from entrenched superstitions and narratives that paint women who menstruate as unclean, or impure. This phenomenon dates back for centuries, and is prevalent among numerous different cultures, religions, and backgrounds.

"Periods [have long] been associated with dirt, and disgust, and shame, and some might say fear,” Jane Ussher, professor of Women's Health Psychology at Western Sydney University, told ABC News.

In practice, this can have serious consequences. In extreme cases, girls are forced to stay in menstrual huts far removed from their communities, which can not only be counterproductive, but also deadly. Just this January, a girl died from smoke inhalation in a menstrual hut in Nepal after she tried to make a fire to keep herself warm.

Why Does This Matter?

Studies have shown that keeping girls in school is not only important for their own health and well-being, but for the success of the entire community.

When a girl finishes secondary school, she is less likely to experience child marriage, face domestic abuse, and suffer from long-term health complications. As a result, educated women and girls are more likely to have fewer, healthier children, who are then, in turn, more likely to get an education and pull themselves out of poverty.